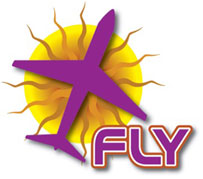 I had the great luck of going to Jordan about two weeks before the pandemic shut the world down in 2020. Although we are living with relative normalcy again, whenever I think about this trip over the last two years, it feels very odd to think about how freely we were moving through the world, only to have it come to a complete halt within days of an experience like this. The freedom of travel is something we have been taking for granted. It really is a privilege to travel, but that is a topic for another day.

The photo above was taken in Wadi Rum, which is a magical place if ever there was one. It is also known as ‘the Valley of the Moon’, and when you see it at night, it makes complete sense. It is like no other place on earth. Wadi Rum is perhaps most commonly known for being the film location for Lawrence of Arabia, but it should really be known for the interesting human culture that has passed through this desert, and the remarkable petroglyphs that have been left behind as a reminder.

I was traveling in Jordan with G Adventures and had a fine group of travel companions. We spent an exhilarating day driving around the Wadi Rum desert, going up and down sand dunes in pickup trucks. It was extremely fun. We were able to climb a few dunes on foot as well, and explored some high rocky areas that are somewhat frightening for those afraid of heights (me), but overall, it was a spectacular adventure. As the day started to fade, we stopped to relax with a fire and some mint tea, watching the sun go down in a setting like no other.

The scenery is spectacular at Wadi Rum. It is humbling, being in a massive, beautiful desert like this and I wanted to drink it all in, but something kept pulling at me to keep looking at the scene in the photo at the top of this post. I tried to walk away and distract myself with other views, but something was telling me to stop and sit still. I finally did just that. I found a place on my own, gazed at this specific scene, and silently began to cry.

My mom had been very sick for many years with Alzheimer’s and I knew, while looking at these massive rock formations and feeling the serene peace of this desert, that she was finally releasing me. She was saying goodbye.

Two days later, the trip was over. Our group disbanded as we made our way back to our separate parts of the globe, where within weeks, life would be very different for all of us. I landed in Toronto late on a Friday night and went to see my mom the following morning.  She died within two hours of me getting there. She had gone to the stars. She had gone to the Valley of the Moon.